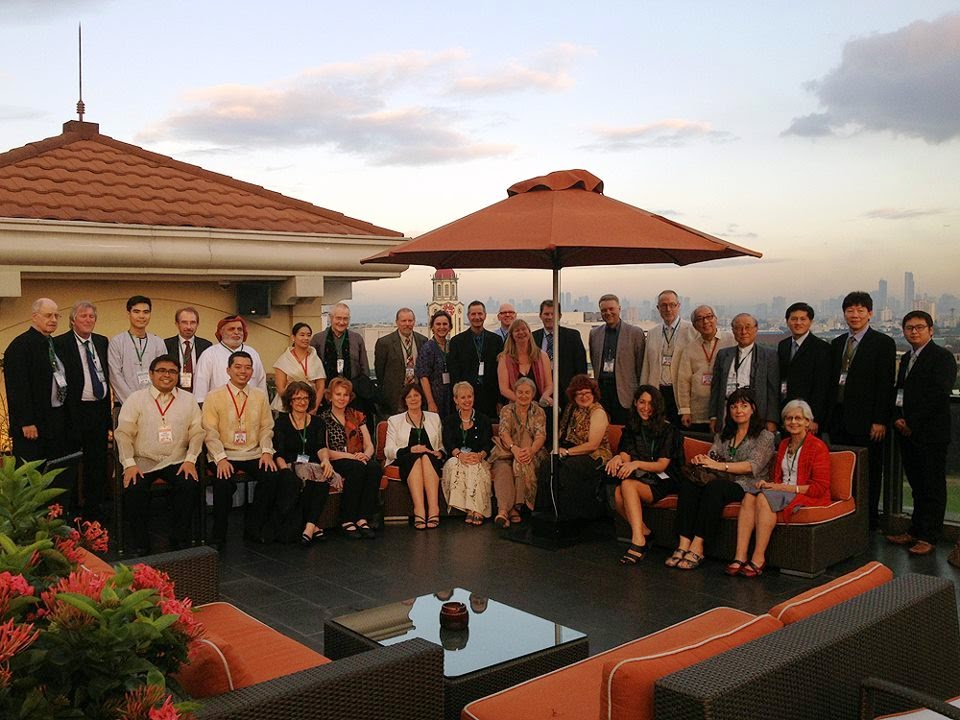 Held in the Ilocos Sur Provincial Capitol building facing St Paul’s Cathedral across Vigan’s Plaza Salcado, the conference heard a wide variety of speakers whose subjects reflected the broad range of projects and experience encompassed by the cultural tourism industry.

In his welcome to delegates ICOMOS Philippines President Augusto Villalon, who is also Vice-President of the ICTC, said that 20 years ago Vigan was a provincial backwater whose colonial buildings were regarded as an impediment to future economic prosperity. As a result of the persistent advocacy of a small group of heritage enthusiasts and the adoption of consistent pro-heritage policies by the provincial and city governments, Vigan had won World Heritage recognition in 2007 as the best preserved Spanish colonial city in Asia. Heritage conservation and tourism are now the foundation on which its future economic growth is based.

Extending this theme, Hon. Felipe de Leon, Chairman of the Philippines National Commission for Culture and the Arts, noted that pride in Filipino culture is a relatively recent phenomenon; it will be a few decades yet before the country shakes off the attitudinal residue of centuries of foreign domination. He advocated fostering the arts as the generator of cultural and economic development, citing the European Renaissance as a model. There is a need to promote the unique qualities of the best the Philippines has to offer, including dissemination of inspiring national stories like that of the revolutionary hero José Rizal.

In her opening address, ICTC President Sue Millar described cultural tourism as the world’s greatest  education program, involving millions of travellers eager to explore and explain the world they live in. She said that cultural tourism already constitutes 40% of the total world tourism industry, and its share continues to grow. She praised her ICTC predecessors for the development of the Cultural Tourism Charter, which had become an influential set of principles for tourism planners.

While noting that the industry faces many challenges, such as the over-development of infrastructure and the intrusion of mass tourism into sensitive heritage sites, she said it was important to focus on how the benefits of tourism are spread to local people. Without a continuing focus on the unique qualities of each heritage place the industry is in danger of destroying the source of its strength, and of its very existence. Noting the presence of a large group of students at the conference, she promised that the next stage of the committee’s development would be centred around destination planning, training and capacity building.

Her immediate ICTC predecessor, President Emeritus Graham Brooks, delivered a practical presentation on the benefits of merchandising, reminding delegates that products that seem mundane and everyday in their local context can be highly prized by travellers, who take them home as reminders of their visit and as gifts for friends and family. He said these souvenirs do not need to be cheap tourist rubbish, but should instead be simple and honest products that reflect the artistic and craft skills and way of life of the host country. 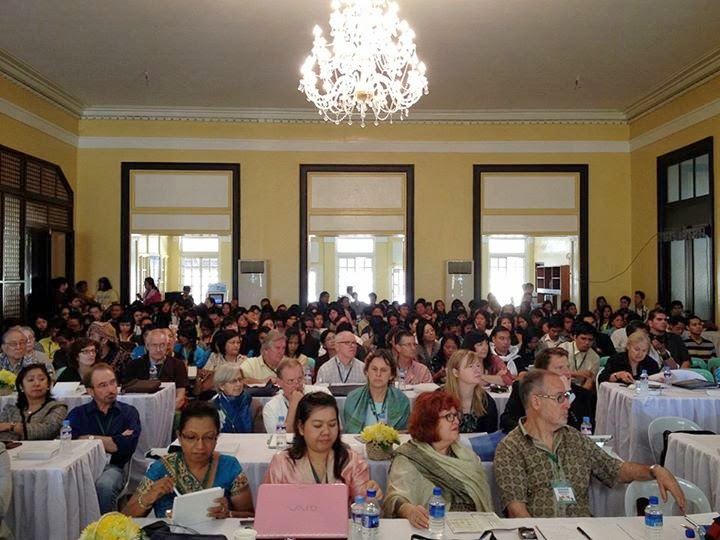 With merchandising based on the labour-intensive production of inexpensive but quality products there is then room to develop a higher level of product with goods that, while based on national traditions, can be targeted to the more discerning and well-heeled tourist. The Jim Thompson silk brand in Thailand was a good example of how local traditions can be revived for the benefit of local artisans and the tourism market. He said the crucial distinction was that artisans need to be empowered to determine how the products are produced and sold, rather than relying on an outmoded model of exploitation and lowest-common-denominator marketing. 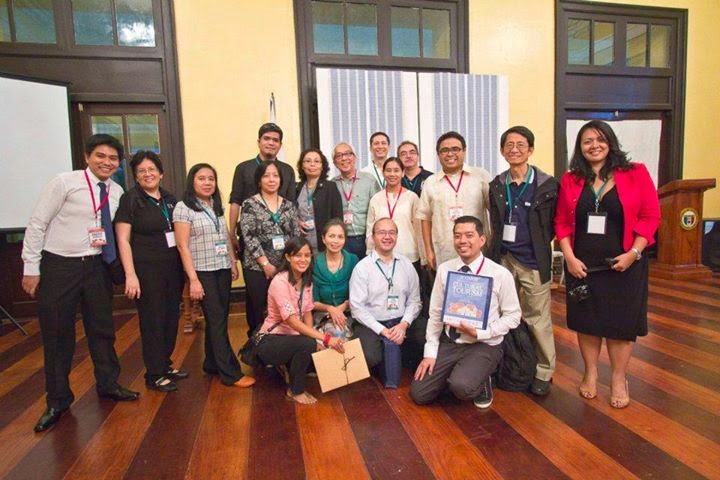 Other international speakers offered a wide range of observations:

The presentations by local speakers were of particular interest to the international delegates:

ICTC Vice-President Augusto Villalon described the plans for developing tourism in the historic Intramuros district of central Manila, the scene of devastation following World War II, where a streetscape project involving architecture students and local people provides the basis for a ‘museum of the streets’ concept aiming to engage with residents and visitors in a 21st century manner. Construction guidelines aim to create ‘porous’ ground floors throughout the district, encouraging street level activity and easy people movement; new housing is a fundamental consideration in developing residents’ pride in this forgotten quarter of the country’s capital city.

Joy Gerra, from the Ramon Aboitiz Foundation, spoke about a successful project in Cebu City. Gabii sa Kabilin is modelled on the German Lange Nacht der Museen (Long Night of Museums) and provides a number of bus tours linking museums and heritage sites in the city. Based on the principles of ‘learning by doing’ and cultural inclusiveness, it has led to increased museum visitation and a greater sense of community ownership of local heritage sites. Food vendors and horse-and-cart transport operators have done well; the Foundation has also observed a substantial increase of involvement by young people in the city’s heritage programs.

Carlo Ebeo and Charisse Aquino-Tugade described their low-key small group tours to remote areas of the country that enable tourists to learn first-hand of local arts, crafts and culture. The activities are organised by the local communities, who are given training and logistical support. These low-impact, locally organised tours have influenced the way local politics is conducted and have revived a sense of pride in the local culture. The presentation acknowledged the importance of building community support before encouraging a broader take-up of these kinds of locally-directed programs. International delegates congratulated the speakers on devising an exemplary form of community-based tourism.

Jeremy Barns, Director of the Philippines National Museum, who had hosted a reception for the ICTC earlier in the week, gave an account of the extraordinarily broad reach of his institution’s activities, which include the recently re-opened National Art Gallery, the national Planetarium, regional museums and key national heritage sites. The museum’s enabling legislation gives it the power to declare national treasures and movable heritage items. He said his key tasks are to promote understanding of national collections and to develop museums into attractive tourist sites.

Rosario Dizon described how the Mindanao peace agreement had opened the way for tourism development in that island after years of conflict with armed rebels. The History & Culture Studies Centre for the Southern Islands has been established at Mindanao State University to help define and manage cultural and tourism projects. Natural sites such as waterfalls and caves have the most obvious potential for development as tourist sites in the short term.

The discussion of security in former war zones extended into the Open Forum following the conference presentations. It was agreed that patience and a welcoming attitude by local people will develop long-term rewards. There was concern that in the end the interests of local people will always take second place to the demands of a free market world economy. The forum ended, appropriately enough, with a discussion of fundraising mechanisms to support the conservation efforts of property owners in the host city. 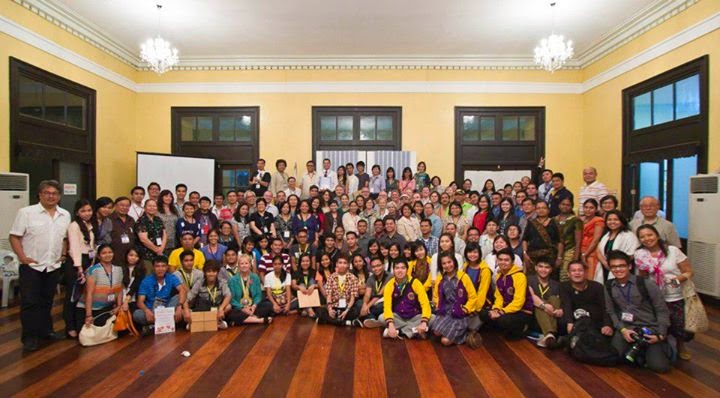 The two day event gave local tourism planners and operators plenty of ideas and overseas examples to inspire their future activities. The international delegates, for their part, were impressed by the energy and imagination of their Filipino hosts; their presentations provided ample evidence of a     cultural tourism industry with potential for substantial development. The key is to cleverly build empowerment in local communities, so that the industry serves local cultural and economic needs as well as providing memorable and meaningful experiences for local and international travellers. (by Murray Brown, ICTC Secretary General)